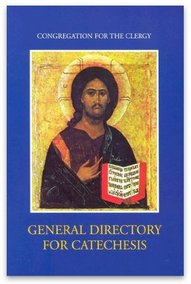 When the General Directory for Catechesis was promulgated in 1997, it formed a cohesive unity with "On Evangelisation in the Modern World" (Evangelii Nuntiandi), the apostolic exhortation on evangelisation issued by Pope Paul VI in 1975 and "On Catechesis in Our Time" (Catechesi Tradendae), the apostolic exhortation on catechesis issued by Pope John Paul II in 1979.

The General Directory for Catechesis begins with the “Parable of the Sower” (Mark 4.3-8), which it calls the “inspiration” for evangelisation.  The Sower, casting seeds with broad strokes, sows the seed allowing it to fall where it will.  All of the seeds do not yield results, but some of them produce abundant results.  The seeds of faith today need to be sown no less broadly.  The General Directory states three specific situations in which the seeds of the Gospel need to be planted:


Therefore, the Splendour Project captures the spirit of the Church's evangelisation and catechetical activity by mirroring that which is stipulated in the above documents. Catechetical and evangelisation activity takes place through faith formation events as well as through various social communication initiatives.